Java originally had another name 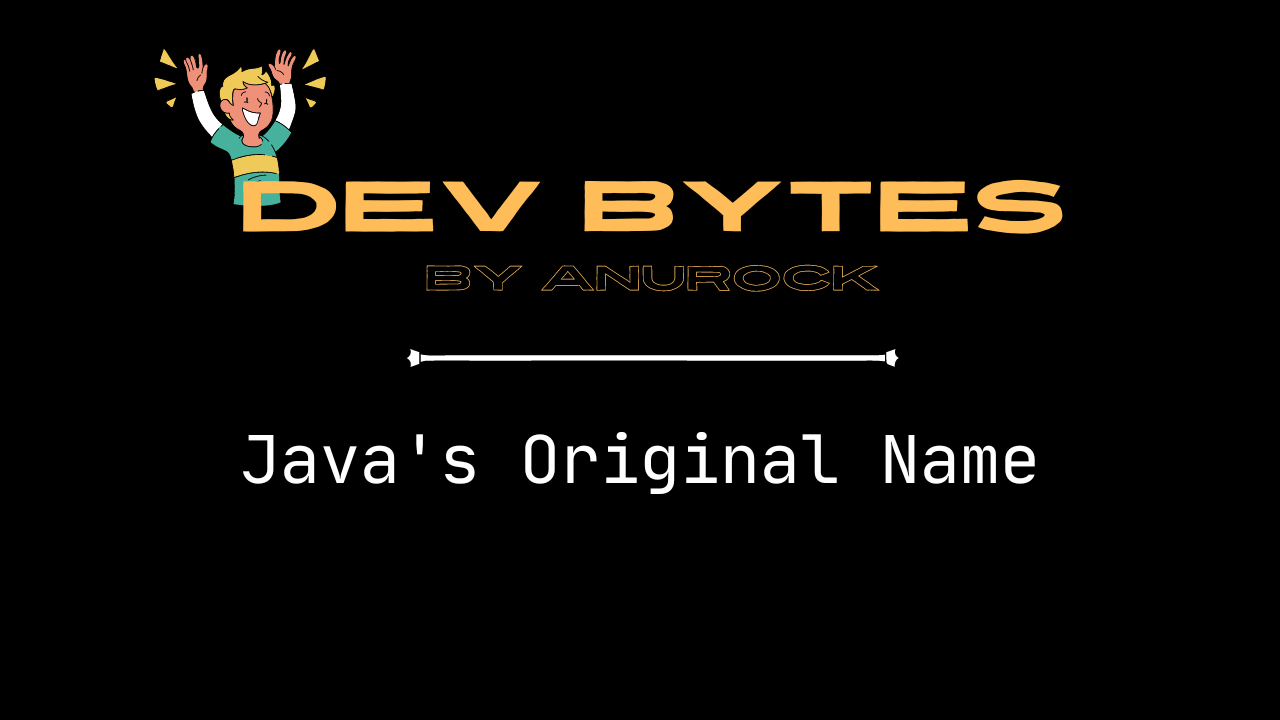 In the world of programming, Java probably doesn’t need an introduction. It’s been one of the most popular languages ever since it came out in 1995. That was 27 years ago!

As per the TIOBE Index, which has been tracking programming languages since 2002, Java has been among the top 3 most used languages for the better part of the last two decades. Even today, it’s ranked number 4 on that list.

Have you ever paused and wondered where Java got its name? I’m sure many of us can make out that the name must have something to do with coffee, simply based on its logo. While that’s true for its current name, coffee had nothing to do with its original name.

Work on Java began in the June of 1991 at Sun Microsystems by a team internally known as the “Green Team.” The original intention was not to create a new language but to somehow capitalize on the digital consumer device trend. After working non-stop for 18 months, the Green Team came out with a working demo of a new device that they called *7 (Star Seven). It was a handheld home-entertainment device controller with a cool animated user interface.

This jazzy new device ran on a brand-new processor-agnostic language. James Gosling, a member of the Green Team, named the language “Oak” after a tree he would see outside his office window.

They later found out that the name Oak was trademarked by Oak Technologies, prompting them to think of a new name. A meeting was convened and several proposals were floated after a brainstorming session. The name Java clicked with the senior officials, including Eric Schmidt who at the time was the chief technology officer at Sun Microsystems. The other strong contenders were Silk and DNA; not to mention some funny names like WebDancer and WebSpinner.

The word Java comes from a type of coffee grown in Indonesia, one of the largest producers of coffee in the world.